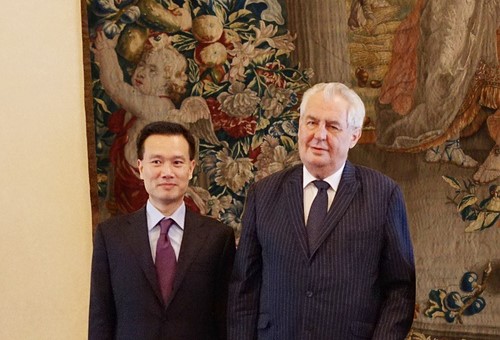 Prague, June 22 (CTK) – The Czech anti-monopoly office (UOHS) has approved an entry by Chinese state-run CITIC Group into CEFC Group Europe, a well-informed source told CTK but the UOHS spokesman was unable to confirm the information.

“We have received the UOHS decision, and will not provide more information at the moment,” CEFC Europe spokesman Pavel Bednar told CTK.

CITIC Group wanted to acquire CEFC Europe after J&T group transferred claims against it to Rainbow Wisdom, a company controlled by CITIC that owns 49 percent of CEFC Europe.

According to the Global Fortune 500 list, CITIC Group has a turnover of some Kc730bn, managing assets worth USD930bn (Kc20,000bn).

UOHS said earlier CITIC had asked for evaluation of the merger through Hengxin Enterprises Limited registered in the British Virgin Islands.

Apart from CEFC Europe, the group is also expected to get a stake at Lapasan company.

CEFC manages Czech assets worth more than Kc38bn. The Chinese parent company picked the Czech Republic as a centre for its expansion into Europe.