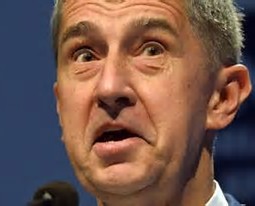 The Czech Republic is ready to help fight illegal migration and protect the EU border, but it is against reintroducing border checks inside the Schengen area, Babis said.

Like on previous occasions, he said Europe must be capable of protecting its borders. The main responsibility rests with the southern countries in which migrants arrive.

The rest of Europe must support these countries, Babis said, adding, nevertheless, that the Czech Republic does not consider migrant quotas a correct path to take.

The closing of borders between EU member countries is unacceptable for the Czechs, Babis said.

A reintroduction of border checks by Germany has been demanded by German Interior Minister and CSU chairman Horst Seehofer. Chancellor Angela Merkel said on Monday that the returning of migrants from German borders, which would not be agreed upon beforehand, might trigger a negative domino effect in Europe.

“The current disputes over migration in Germany have led to proposals to close the borders and reintroduce border checks, which is unacceptable to us,” Babis said.

Czech economy depends on the operation of the Schengen system of open borders, he added.

Migration was also mentioned at the conference by Vera Jourova, the Czech EU commissioner for justice, consumer protection and gender equality.

Jourova said Europe must unite above all.

“We will stop the [migrant] pressure only if we act unitedly,” she said.

European countries should strive for people from Africa and elsewhere to have a chance to live dignifiedly without having to flee to Europe, Jourova added.

To the Czechs, the EU means the only political and economic perspective, said Babis.

The correct path for Europe to follow is the effort to implement the four freedoms principle, i.e. the freedom of the free movement of people, goods, services and capital, Babis said.

This could not succeed if Europe closed its internal borders out of fear of migration, he said.

The Prague European Summit conference has been annually held since 2015, joining politicians, government officials, academics and other experts who deal with the EU-related issues and the EU’s prospects.

This year, the topics on the agenda include Brexit, the digitisation of industry and its impact on the EU and the draft EU budget for 2021-27.