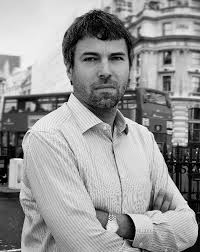 The value of the transaction is $2.1 billion. CME includes television stations in five countries of Central and Eastern Europe, including the Czech group Nova. Shareholders voted on the deal the day after US Republican Senator Marco Rubio said he wants the US government to investigate the security implications of CME sales.

CME signed an agreement with PPF Group subsidiaries last October. However, the transaction needs the approval of CME shareholders and the European Commission. In addition to the Czech Republic, CME operates television stations in Bulgaria, Romania, Slovakia, and Slovenia. CME said earlier that it expects the transaction to be completed by mid-year.

“We welcome the approval of the shareholders of Central European Media Enterprises Ltd. (CME) to the transaction. The approval process for the takeover of CME by the PPF Group is ongoing. CME cooperates with all relevant regulatory institutions and provides information pertinent to all, “said PPF spokeswoman Jitka Tkadlecová.

Rubio has now justified his request for a review of the agreement with PPF’s ties to China. According to him, PPF acted in the Czech Republic “as a Chinese representative.” The Senator also pointed out that PPF-owned telecommunications companies are working with Huawei’s Chinese company to develop 5G (5G) mobile networks. However, PPF said in a statement sent to CTK that the US legislature is based on false information.

Shareholder approval of the transaction was generally expected. About one-third of CME in 2009 was bought by the American company Time Warner, which in the following years increased just below 50 percent. Time Warner was later taken over by American telecommunications giant AT&T and renamed Warner Media. It holds a majority stake in CME.

According to media expert Jan Potůček, the position of antitrust authorities in individual markets where CME operates will be interesting. Mainly due to the linking of free signal, paid platforms, and mobile operators.

CME increased its operating profit by six percent last year. At constant rates, it rose 11 percent to $ 187.3 million. The company also repaid a debt of 150 million euros. In the Czech Republic, CME increased OIBDA by 7.4 percent to $ 101.6 million.