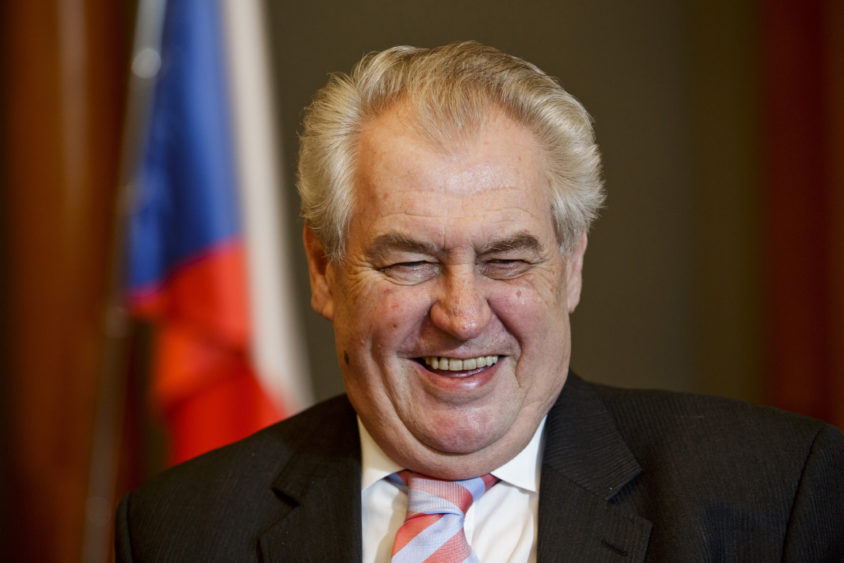 Zeman’s spokesman Jiri Ovcacek said he expected Zeman to make decision in the case of Ostadal and Fajt’s appointment.

According to the verdict that has taken effect, no executive body can reassess whether a candidate fulfils conditions for the appointment as professor after due appointment proceedings, since it would thereby interfere in the autonomy of universities in an inadmissible way.

The court has pointed out that the procedure of the appointment of professors is defined in the university law, under which the applicant’s qualification is gradually assessed by an expert commission, the research board of the respective faculty and the university research board.

The university rectors, including the chairman of the Czech Rectors’ Conference, Tomas Zima, welcomed today’s court decision and called it reasonable, they have told CTK.

Czech University of Life Sciences Rector Petr Sklenicka said he considered it absurd that Zeman wanted to correct what the universities’ research boards had approved under law.

Zima said this was an important message sent to all universities and colleges to secure their independence.

Zeman did not sign the appointment decrees of Fajt, Ostadal and political scientist Jan Eichler in the spring of 2015. He justified the step by their serious wrongdoings from the past.

Zeman claims that Ostadal had contacts with the communist secret police StB in the 1980s and Fajt demanded a bribe when he asked a bank to send a part of its donation to the National Gallery as a contribution to his own salary, while Eichler worked in the propaganda unit of the military under the communist regime.

Zeman announced his decision in a letter sent to then education minister Katerina Valachova (Social Democrats, CSSD) in January 2016.

Judge Viera Horcicova says the president can decide not to appoint the proposed candidate as professor if he concluded that the applicant did not go through a regular appointment process or if this process had shortcomings due to which it might be unlawful.

“However, such a decision must include the justification, which was not met in the assessed case. This is why the president’s decision was cancelled and the case was returned to him for reappraisal,” Puci said.

A special complaint can be filed against the decision with the Supreme Administrative Court, but this will not postpone the verdict’s effect.

Zeman argued that no other state body can call him to account for the execution of his powers, in particular in the case of not appointing professors.

However, the Prague Municipal Court refuted this argument. The president is always bound by constitutional and other laws in the power execution and his steps can be examined in terms of legitimacy, the court said in the justification of the verdict, released to CTK.

“The president of the republic can be neither criminally prosecuted for his acts during the execution of his powers nor is he accountable for them as a private person. However, this changes nothing in the fact that the president as a state body is always bound by constitutional and common laws in the execution of his powers and that the legal character of his steps can be examined by the respective legal means,” the court said.

Zeman claims he is authorised to assess alone whether a person can be appointed professor or not, and that an administrative court should not examine his decision in this case.

However, the administrative court, which cancelled Zeman’s decision not to appoint some professors, did not agree with his argumentation. It says only a research board and an expert commission are capable of assessing professional and moral qualities of the applicants and that neither the president nor the education minister are fitted as experts to judge them, the court ruled.