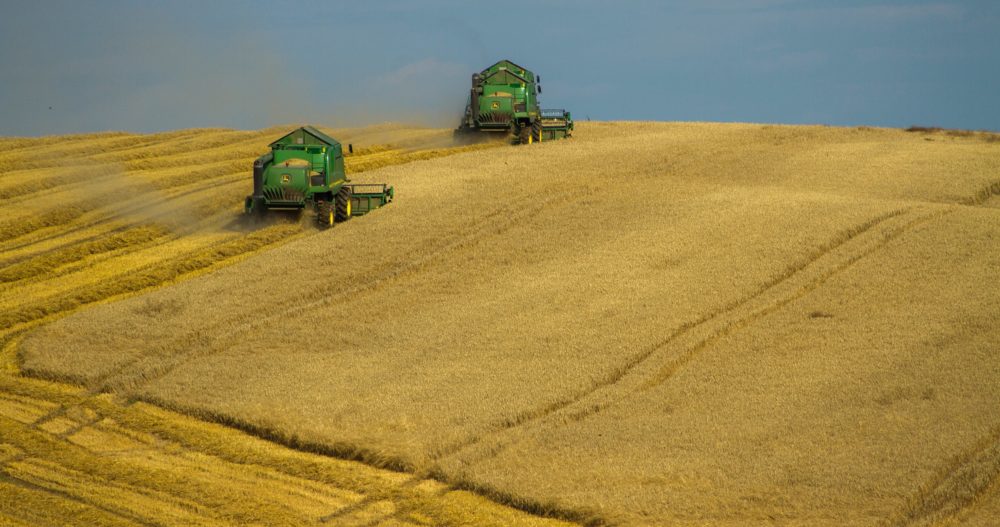 Prague, July 4 (CTK) – The Czech Republic’s harvest of basic cereals will drop by 8.2 percent to 6.298 million tonnes this year, while rapeseed harvest will grow by 6.5 percent to 1.221 million tonnes. according to first estimates, the Czech Statistical Office (CSU) said today.

The fall in the harvest of basic cereals has been caused mainly by lower-than-expected yield. Higher yield and larger sown area are behind the better rapeseed harvest, the statisticians said.

“Even with this year’s expected lower harvest of basic cereals, there is no danger of a shortage of these strategic commodities in the Czech Republic,” said the CSU’s agriculture statistics department head Jiri Hrbek.

“According to the latest balances, cereal reserves in our country are at the level of over 1 million tonnes,” he added.

The estimated harvest of basic cereals is some 15 percent lower than the average for the last five years and around one tenth lower compared with the ten-year average.

The total area under basic cereals slightly decreased to 1.250 million hectares. The yr/yr decrease in the production has been caused mostly by a 7.2 percent expected drop in per hectare yield, the CSU said.

Harvest of winter wheat, which takes up almost a third of the total area under crops, will be lower, according to the estimate as of June 10. Spring and winter barley and triticale harvest will also decrease.

On the other hand, harvest of spring wheat and rye is to grow, the expected oat harvest is almost at the same level as last year.

The rape sowing area has increased by 4.4 percent to 412,000 hectares. After the year 2013, it is the second highest in the monitoring’s history. Rape is grown on almost 17 percent of the total area under crops.

Expected rapeseed production is comparable with the ten-year average but compared with the average for the last five year, this year’s estimated harvest is 9.5 percent lower.

The area of potato fields has dropped by 2.3 percent to 22,889 hectares this year. The area has been decreasing in the Czech Republic for a long time, this year it covers only less than 1 percent of the land under crops. Potatoes are now grown on 26,608 hectares, Hrbek said at the CSU’s press conference today.

As for poppy, there is a problem with buyer contracts. Also, poppy had to be sown repeatedly due to drought so its fields were sometimes planted with other crops.

On the other hand, the area of grain fields grows in the long term despite this year’s 1 percent drop. Cereals cover 54.4 percent of arable land in the Czech Republic, the European average is 54.2 percent.

Technical crops are grown on 12.1 percent of arable land in Europe and on 19.3 percent in the Czech Republic, mainly rape. With 16.7 percent, the Czech Republic has the highest percentage share of rape area. Its extension has grown by 4.4 percent to 411,802 hectares this year.

Two years ago, the government approved a strategy according to which the area under rape should decrease by tens of thousands of hectares by 2030. Against 2016, however, the area has grown by over 15,000 hectares.