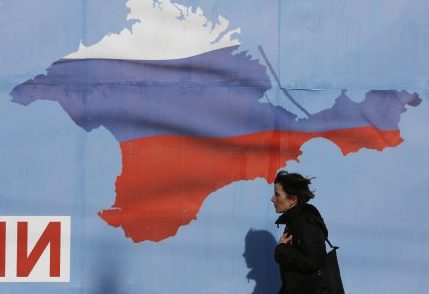 Filip said Kiev is incapable of respecting basic principles of the functioning of Europe.

He said the visit by KSCM MEP Jaromir Kohlicek is not an official visit of the Communist Party.

Kiev media reported that the Ukrainian Foreign Ministry sharply protested against the visit of Czech politicians to Crimea. The ministry said the visit by senator Jaroslav Doubrava, a former Communist, and Kohlicek was illegal and threatened to impose sanctions on them.

On Sunday, Kohlicek and Doubrava attended a show of the Russian Black Sea fleet and they met Crimean lawmakers. They visited Crimea already in April.

Those who help Russia justify its crimes must understand that they are an instrument used by the Kremlin which wants to, also thanks to these “visits”, continue with repressions, arrests, tortures and murders of Ukrainians and Crimean Tatars in the occupied Crimea without being punished, the ministry said.

Doubrava was added to the Ukrainian black list of unwanted persons in 2015 after he attended elections organised by pro-Russian separatists in the eastern part of Ukraine as an observer.

Kohlicek and KSCM former deputy chairman Josef Skala, who is also among a Czech group visiting Crimea, welcomed the changes that occurred in the peninsula after its Russian annexation, they told the Crimean server Novy Sevastopol.

Kohlicek told the server he wants to write a detailed report about the visit so that ordinary Czechs can see that beautiful people live in Crimea and their lives are getting better.

Skala said Czech authorities were trapped by anti-Russian moods, but common people started to understand it.

The server writes that the delegation also included activists Jelena Vicanova, Zdenek Pesek and Radim Litterbach. During their trip that is to end on Tuesday, they visited Yalta, the town of Bakhchysarai and an international children’s camp Artek, the server writes.

In 2014, Russia occupied and annexed Crimea. Most countries do not recognise the incorporation of Crimea into Russia.