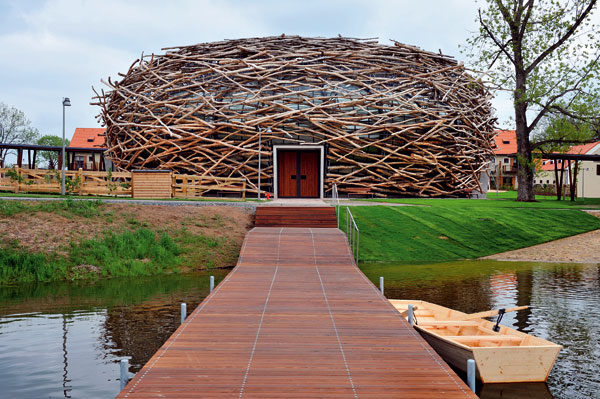 The Regional Operational Programme (ROP) Central Bohemia committee, which allocated the subsidy to the Capi hnizdo project, will be approving the respective agreement next week.

Imoba had the statement that the return of the money does not mean it violated the subsidy conditions included in the document.

Billionaire businessman Babis, who transferred Agrofert to trust funds in early 2017 to avoid conflict of interest in his then capacity of finance minister, is prosecuted with another six people on suspicion of an EU subsidy fraud in the Capi hnizdo case. The suspects include Babis’s wife Monika, his brother-in-law Martin Herodes and his two adult children.

Babis has dismissed any wrongdoing in the case.

The document on the return of the EU subsidy is submitted by ROP Central Bohemia chairwoman and regional governor Jaroslava Pokorna Jermanova (ANO).

The ROP committee is to approve it at its meeting next Thursday, a day before the deadline for returning the subsidy expires, ROP Central Bohemia director Kamil Munia confirmed to MfD.

Imoba refused to comment on the case, the daily adds.

Imoba is to return the 50 million crowns within five days since signing the agreement.

The office of the ROP Central Bohemia called on Imoba to return the subsidy on May 4. Imoba, which was to return the money in 30 days, asked for the extension of the deadline and the office extended it until June 29.

If Imoba did not return the subsidy by the set deadline, it would face administration proceedings, in the form of a tax inspection. If Imoba were ordered in the proceedings to pay the subsidy, it might also have to pay a fine of the same amount.

The Farma Capi hnizdo company, under its former name ZZN AGRO Pelhrimov, was a part of Babis’s Agrofert chemical, food and agricultural holding in late 2007, when it changed its status to a joint stock company with bearer shares. In summer 2008, it gained a 50-million-crown EU subsidy within a programme for small and medium-sized companies, which it could never have gained as a part of Agrofert.

After a few years of meeting the subsidy condition, it rejoined Agrofert. At present, the Farma Capi hnizdo company is owned by Imoba.