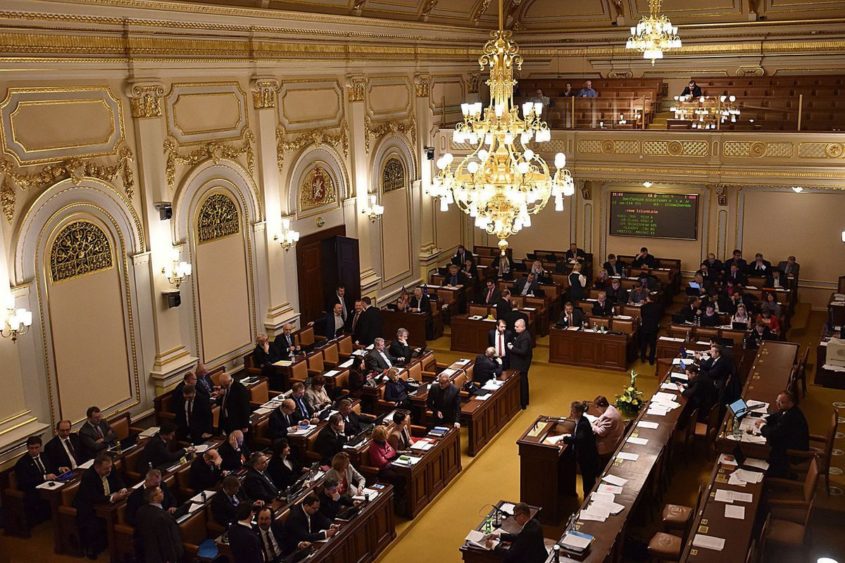 The new taxation should apply to iQOS “heat not burn” devices made by Philip Morris, for example.

“The government-approved tax on heated tobacco products is the same as the tax rate on tobacco for smoking,” Philip Morris CR board member Tomas Korkos commented on the cabinet’s decision.

“Other European states have taken the same approach, so the government’s proposal is consistent with an all-European trend,” Korkos said.

Entrepreneurs with low incomes who do not pay VAT can start registering their sales without Internet connection next year, according to a draft amendment to the law on electronic registration of sales (EET) approved by the cabinet today, the Government Office said on Twitter.

Entrepreneurs will have to use paper receipts provided by the Finance Ministry and to send their sales data to the Financial Administration on a quarterly basis, said the draft.

In a draft amendment to the VAT law, which is part of the EET proposals, the ministry proposes to transfer services such as catering services including draught beer, cleaning and home care services or water and sewerage services from a 15 percent to a 10 VAT bracket. The change is mentioned in the government’s policy statement.

Despite a lowered tax rate on catering services, the first year of EET in restaurant services showed that tax collection increased, Schillerova said.

For the registration of sales offline, both the Association of Small and Medium-Sized Enterprises and the Chamber of Commerce want that the limit be raised up to Kc750,000 a year.

Entrepreneurs differ in their opinions on the approved EET changes, some considering them only cosmetic changes not seeking simplification of the business environment, the others appreciating them for boosting sole traders’ business.

About 70 deputies from five parliamentary parties proposed that only registered VAT payers be eligible for the sales registration. In the final vote today, however, the Chamber of Deputies (lower house of parliament) turned down the proposal. The government criticised the proposal for limiting, to a great extent, the number of people to whom the EET scheme applies.

Martina Ferencova, executive director of the Czech Beer and Malt Association, said the reduced VAT rate on beer is unlikely to cut beer prices in restaurants. The opinion is shared by Vaclav Starek, president of the Association of Hotels and Restaurants. However, the measure can help about a half of pubs in the country, that is some 20,000 small restaurants that do not sell hot meals and whose income is largely dependent on beer sale.

Water prices might go down after a drop in the VAT rate. Oldrich Vlasak, director of the Water Supply and Sewerage Association (SOVAK), said larger water utilities are more likely to lower water prices.

Czech Television (CT) and Czech Radio (CRo) public broadcasters said in reaction to the approval of the tax package they would lose up to Kc500m a year because of the government’s draft to the law on VAT. They will have to restrict their services, and transition to the DVB-T2 digital TV standard may be jeopardised, they said. Annual income shortfall is estimated at Kc350-400m at CT and at Kc120m at CRo. The Finance Ministry said the draft eliminates discrepancies between Czech and EU legislation.

EET was launched for restaurants and accommodation facilities in December 2016 and for wholesale and retail in March 2017.

EET’s third and fourth waves, to start six months from the day the legislation takes effect, should apply to some 300,000 entrepreneurs, according to a Finance Ministry estimate.

June’s data from the Financial Administration show that 170,758 payers have registered sales worth some Kc5.9bn so far.