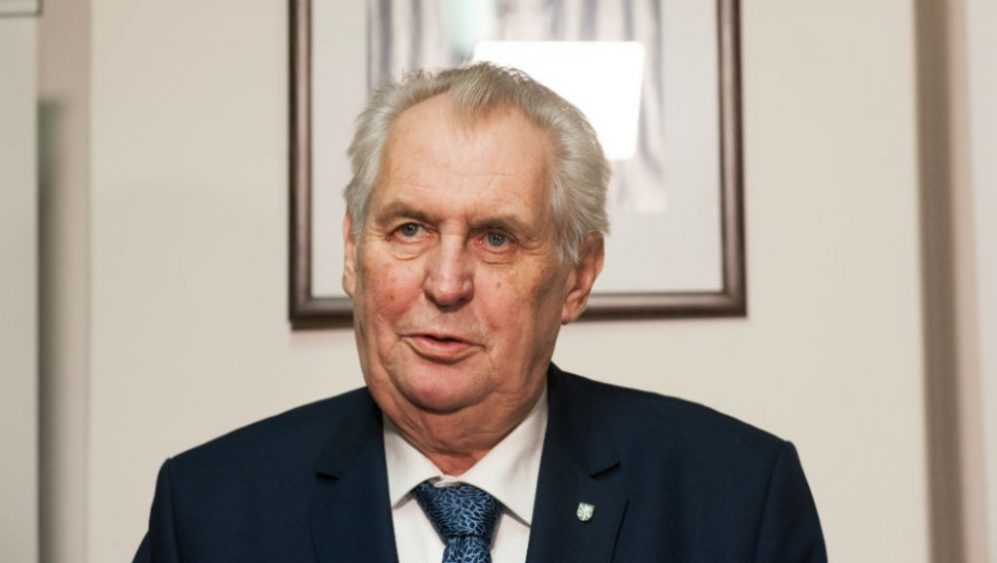 The Czech ruling coalition appeared closer to collapse on Thursday after President Milos Zeman again refused a government request to sack the culture minister, raising the possibility of a snap election.

Prime Minister Andrej Babis’ ruling ANO party and its junior center-left coalition partner, the Social Democrats, are demanding the dismissal of Culture Minister Antonin Stanek, a Social Democrat, saying he has failed to fulfill his duties.

But Zeman has defended Stanek, saying he had uncovered corruption in his ministry, a view he reiterated on Thursday.

Under the Czech constitution, the president is obliged to fire ministers if requested to do so by the prime minister, but Zeman is known for acting independently of the government. In this dispute he says there is no deadline for taking action.

Social Democrat chief Jan Hamacek said after Thursday’s meeting with the president, also attended by Babis, that he was “no longer an optimist” that Zeman would act.

“I am convinced that Mr Stanek needs to leave. I act strictly by the constitution, so does the prime minister. The president is operating in some mode beyond the constitution,” Hamacek said after the meeting in Lany, a presidential chateau outside Prague.

The Social Democrats have said Babis should file a legal suit against Zeman to force him to act, but the prime minister has said he prefers negotiations.

Babis, already pressured by mass street protests against his rule, has said the country could face an early election if the Social Democrats left his coalition. The next election is currently scheduled for 2021.

Zeman has suggested that Babis instead seek support in parliament from the far-right, anti-NATO, anti-EU and pro-Russian Freedom and Direct Democracy (SPD), but the prime minister has rejected that option.

Zeman has set another meeting with Stanek and Hamacek for July 12. Hamacek said his party would then decide on its course of action. Babis said he still believed a solution to the dispute could be found.

His government is also facing mass protests demanding the dismissal of his justice minister in a separate dispute linked to a criminal case in which Babis may have to stand trial over alleged fraud. He denies any wrongdoing.

The head of the Czech Constitutional Court, Pavel Rychetsky, said in a Czech Radio interview on Thursday that Zeman was obliged to act without unnecessary delay on ministerial appointments.