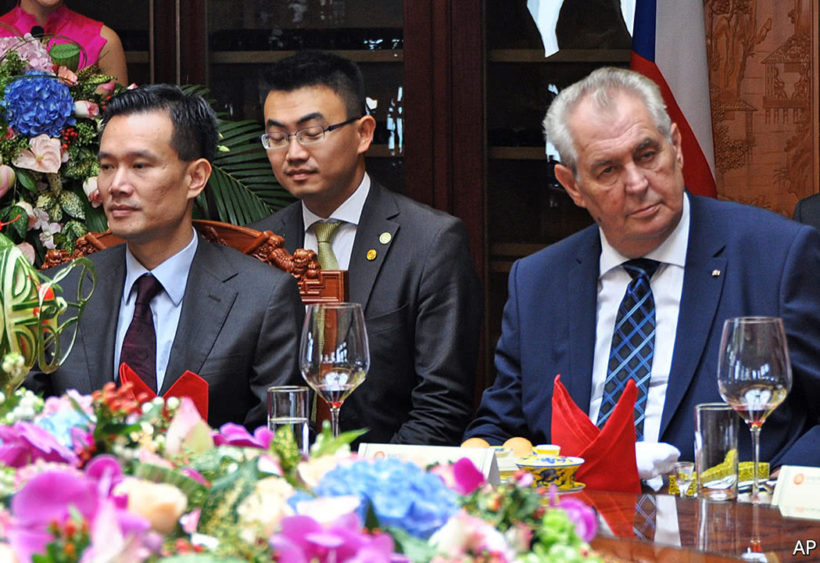 In the past, Kulhanek gradually held the posts of a deputy defence minister and a deputy foreign minister, leaving the latter after his failure to defend it in a tender, HN writes.

Afterwards, Kulhanek switched from civil service to the Chinese company CEFC Europe, whose Czech protagonist is Jaroslav Tvrdik, former defence minister for the CSSD in 2001-2003. This is why some experts consider Kulhanek a potential security risk, the daily writes.

Kulhanek admits having worked for CEFC Europe as an external consultant also dealing with analyses of investment projects and the EU’s regulation environment.

Defending him, Hamacek said Kulhanek has a top secret security clearance. “He acts in accordance with law. He informs the National Security Office (NBU) on all his activities,” Hamacek is quoted as saying.

Kulhanek largely assists Hamacek in managing the Interior Ministry, since Hamacek, the junior government CSSD chairman, is also temporarily in charge of the Foreign Ministry.

As a deputy interior minister, Kulhanek attends various internal meetings on Hamacek’s behalf. “The powers of decision are held by the minister, however,” Hamacek told HN.

He said Kulhanek’s security clearance, which enables his access to top secret information, will expire in three years.

The law binds top secret clearance holders to inform the NBU about all important changes in their lives, including their work for foreign companies. If the NBU viewed Kulhanek’s work for the Chinese company as a security risk, it would have to instantly intervene, Hamacek told the paper.

“I have not registered any NBU’s steps in this respect,” he added.

Hamacek appreciates Kulhanek as his close aide and adviser. During the latest general election last autumn, Kulhanek often appeared side by side with Hamacek, advising him on crucial foreign and security issues, the daily writes.

Some experts, nevertheless, believe that people like Kulhanek might pose a risk if in high public posts.

“Rather than a security risk posed by China in relation to Czechia, I can see a risk in his [Kulhanek’s] relation to the group of people that has enabled China’s entry in our country, which is Jaroslav Tvrdik and his people. They are ready to do nearly anything for money. I’m afraid that such people in high posts [like Kulhanek] might tend to help this group a bit now and then,” former Czech civilian intelligence service UZSI chief Karel Randak is quoted as saying.

Sinologist Martin Hala said China is trying to gain influence abroad by hiring foreign countries’ former politicians and civil servants for private companies such as CEFC Europe. In China, these companies are often connected with its political representatives and the governing Communist party, Hala said.

CEFC is surrounded with a number of questions, also because Ye Jianming, who is also an adviser to Czech President Milos Zeman, was arrested in China some time ago on suspicion of financial crime, and CEFC senior representative Patrick Ho faces money laundering charges in the USA, HN writes.