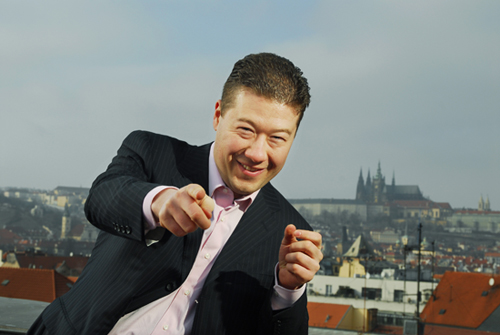 Pelikan also called on Okamura to pay respect to all who suffered or died during World War Two.

The right-wing populist SPD defines itself as an anti-EU, anti-Islam and anti-immigrant movement.

In a recent interview on DVTV online news broadcaster, Okamura said the camp was unguarded and people could freely move around. He also said the camp was not fenced, a statement he later withdrew and apologised for.

The Prague Jewish Community and the Museum of Roma Culture in Brno criticised Okamura and said they considered his statements Holocaust denial. The Konexe association lodged a criminal complaint against him last week.

Pelikan said today Okamura relied on wrong information, but he said he was not going to argue with him.

“It does not really matter whether the Lety camp was fenced or not or how hard it was for the inmates to climb the fence. Either way, Lety is a place where hundreds of people died pointlessly, due to barbarous treatment and in terrible conditions. For other victims of the war the camp became a stop before the factories of death where they were exterminated and were not allowed to live the rest of their lives,” Pelikan wrote in an open letter addressed to Okamura.

“I strongly appeal on you to stop comparing whose tragedy was more tragic, stop competing in who was exterminated in a worse way, and join the collective paying of respect to those who suffered or died during the war,” Pelikan wrote.

SPD MP Miloslav Rozner faces criticism over his statements about the Lety camp, too. At a recent SPD congress closed to the public, he criticised the state purchase of a pig farm standing on the site of the former camp in Lety with the aim to pull it down.

“Undoubtedly, I would never throw half a billion crowns out of the window for the removal of a well-running company for the sake of a never existing so-called concentration camp,” Rozner told the congress according to the Czech Television (CT).

The Young Social Democrats group filed a criminal complaint over genocide denial or challenging against Rozner on Monday.

According to historians, the Lety camp was opened in August 1940 in the Czech territory occupied by Nazi Germany as a correctional labour camp for the men who could not prove their source of living. A similar facility operated in Hodonin u Kunstatu, south Moravia. In January 1942, both camps changed to internment camps, and Gypsy camps were established in both in August of the same year.

From August 1942 to May 1943, a total of 1308 Roma people gradually stayed in the Lety camp, where 327 of them died and over 500 ended up in Auschwitz. Experts estimate that the Nazis exterminated 90 percent of Bohemian and Moravian Roma people.