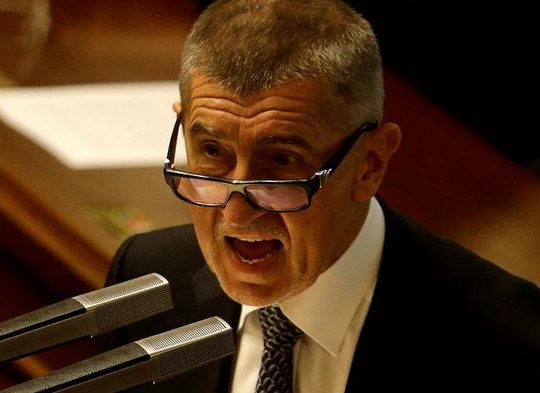 The new ANO nominees, who have joined Yvona Charouzdova (also for ANO), are Radek Augustin, the committee’s new chairman, and Petr Jan Kalas.

“The Committee for Personal Nominations is no longer based on a coalition set-up. We are a [ANO] minority cabinet,” PM Andrej Babis (ANO) argues in Pravo, responding to why there are only ANO nominees in the committee, the daily writes.

Babis rejected claims that his ANO would be pushing its people onto the firms’ supervisory boards, Pravo writes.

“The committee was reconstructed in such a way as not to be under political influence. It is a white-collar committee. The proposals will be up to the ministers. I expect them to propose people who are professional and will be apolitical. They will be no political nominees or allied persons,” Babis told Pravo.

The three-member committee was established in 2014 as a measure to ensure that professionally and otherwise incompetent people could not get onto the boards.

Since its establishment, Babis has criticised it due to a lack of transparency, excess formalism and lengthy procedures.

This is why Babis, then finance minister (2014-2017) in former PM Bohuslav Sobotka’s (CSSD) cabinet, came with a bill outlining rules for nominations into state-owned enterprises.

However, the cabinet did not make it to pass even the bill’s reduced version and it is unlikely to be passed now as it is neither part of the Babis cabinet’s policy statement, nor its legislative plan for 2018, Pravo writes.

“The nomination bill is not in our programme. Nobody wants it. Let someone else propose it. We do not need it. We have a nominations committee,” Pravo quotes Babis as saying.

Pravo cites Babis that he was expecting the committee to make decisions fast and that he has discussed the desired style of its work with Augustin.

Babis previously criticised the committee for not explaining its approvals of the nominees and for not detailing their professional experience in a sufficient way.

“Naturally, we will want this now. I am confident that the committee will now be working more openly. We are transparent. We do not have a bunch of political friends linked to us,” Babis told Pravo on behalf of ANO.

The cabinet is regularly informed about the committee’s activities and it is to receive the last report on them, elaborated by its previous set-up still, on Tuesday.

Last year, the committee met 15 times and discussed 49 nominations, of which 23 were by the Industry and Trade Ministry and of which none was approved, while other ministries were not as active in submitting proposals, Pravo writes based on information from the report.