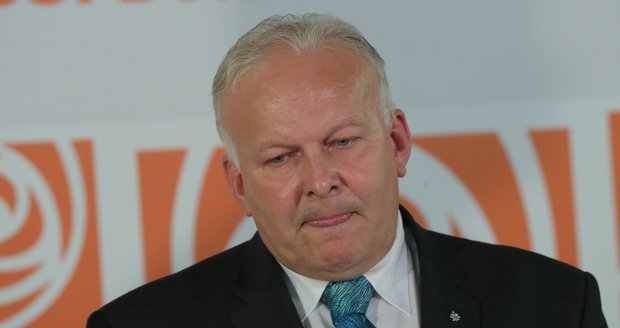 CSSD deputy chairman Martin Netolicky, too, told CTK that Krcal resolved the situation within 24 hours of the emergence of the suspicion of plagiarism. This shows that Krcal is trying to improve political culture in the Czech Republic, Netolicky said.

Far-right Freedom and Direct Democracy (SPD) chairman Tomio Okamura called Krcal’s departure, after a couple of weeks in the post, an unbelievable failure of PM Andrej Babis, leader of the ANO movement, and his incapability of forming a cabinet of genuine experts.

Christian Democrat (KDU-CSL) chairman Pavel Belobradek said some officials [like Krcal] immediately resign over a mere suspicion against them, while others, on similar occasions, continue asserting that all suspicions are nothing but a fabricated campaign aimed against them.

He may have alluded to Babis, who faces prosecution for an EU subsidy fraud and has repeatedly dismissed any wrongdoing in this respect.

Belobradek said he considers the fact that the ANO-CSSD minority government leans on the votes of the Communists a bigger problem than personnel problems.

“Plagiarism is a big problem of politicians who acquired their [academic] titles rather formally. It is appropriate for Krcal to have stepped down as minister,” Bartos said.

Filip said on Czech Television that Krcal’s decision to resign was made promptly enough and is responsible towards the government as well as the CSSD.

Kalousek, too, appreciated Krcal’s approach. “Petr Krcal reacted dignifiedly. I wish him happiness and success in his life,” Kalousek tweeted.

Alluding to last week’s resignation of Tatana Mala (ANO) as justice minister, also over suspected plagiarism, some politicians today ironically speculated about whether completed university studies were a suitable qualification for a minister in the cabinet of Babis, which was appointed on June 27 and won parliament’s confidence on July 12.

“It is turning out, that in this cabinet, the ministers without university education evidently enjoy an advantage,” TOP 09 chairman Jiri Pospisil wrote on social networks.

“It would be the simplest not to admit university graduates to the cabinet at all. To fulfil Andrej Babis’s instructions, one actually needs no education, and it would spare the Czech scene of plagiarism scandals,” said Marek Hilser, an unsuccessful candidate in the January presidential election.

Netolicky said the plagiarism affair indicates deep discrepancies in the university education system. The relevant accreditation commission and the Education Ministry should deal with ways to unify the quality level of theses, he said.

Krcal’s approach was also praised by other CSSD officials such as party deputy chairmen Roman Onderka and Jan Birke, who called it respectable and also praised Hamacek for finding a good candidate for Krcal’s replacement.

Earlier today, Hamacek said he would propose Jana Malacova, senior official at the Labour and Social Affairs Ministry, to Babis for new minister.

Another CSSD deputy chairman, Jaroslav Foldyna, said Krcal reacted appropriately, as is expected of such officials in similar moments. “True not everyone is capable of reacting this way,” Foldyna said.