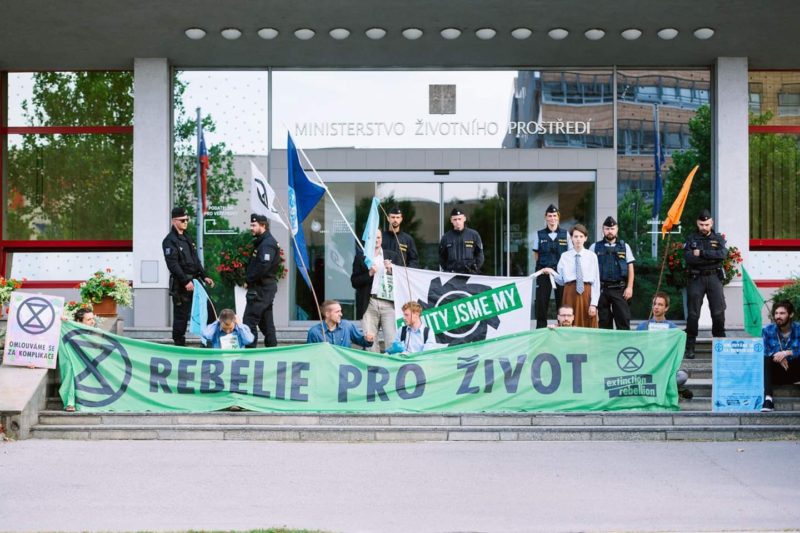 At its first meeting, the Coal Commission created three working groups. They will address the timing, legislative requirements, and the social and economic impacts of the decline in coal mining.

The Coal Commission is to address not only the decline in coal mining in the Czech Republic but also the overall energy mix of the Czech Republic, including renewable sources and nuclear. The 19-member committee, which will meet every month, is chaired by environment ministers Richard Brabec and Karel Havlíček.

Approximately 50 protestors demonstrated outside the building where the coal commission was meeting for the first time. They held a silent protest, demanding a quick solution to the climate crisis and an end to burning coal. Extinction Rebellion and Fridays For Future put on the demonstration.