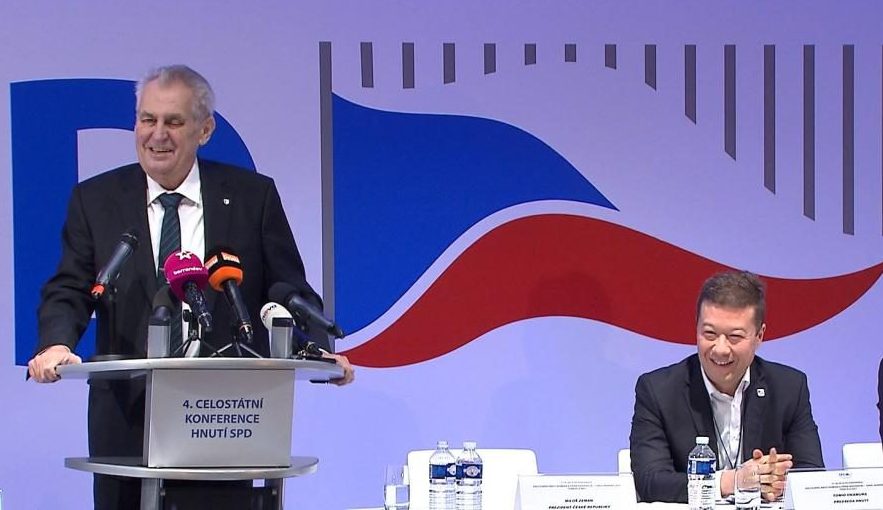 NSS spokeswoman Sylva Dostalova told CTK the court will deal with the matter and that no term has been scheduled yet. However, according to the law on association in political parties and movements, the proposal for abolition of a party is submitted by the cabinet or the president, not an individual.

Barbora Zetova, from the SPD press department, said in a press release that the SPD is faced with a mendacious media campaign and attempts to split or abolish the SPD.

“The proposal to abolish the SPD, submitted to the NSS, is a part of these efforts. We will not comment on it,” Zetova wrote.

“The SPD is working on its success in the autumn [Senate and local] elections and it will not allow itself to be either deterred or diverted from working with its voters. The given proposal’s content and timing have no other meaning,” Zetova wrote.

Papezik was a member of the Brno SPD branch, which was dissolved this year due to controversies. A new organisation has not been established yet, although the movement has candidates in Brno.

Papezik believes that the movement’s order of procedure and statutes were breached by the fact that many members were prevented participation in election conferences.

“The law says that if the bodies are not democratically elected, the movement’s activity can be halted,” he said.

The absence of democratically elected bodies in a party or movement is a reason that allows a political entity’s activity to be halted or the entity be dissolved also before the elections. Otherwise, this cannot be done after the elections have been announced until ten days after the last election day.

President Milos Zeman declared the term of local and senate elections on May 23. Papezik submitted his proposal in August, as daily Mlada fronta Dnes wrote earlier. Both elections will take place on October 5-6.

The law also stipulates that the proposal to halt the activity of a movement or party or to dissolve it can be submitted by the cabinet, and if it does not do so within 30 days of receiving the motion, it can be proposed by the president.