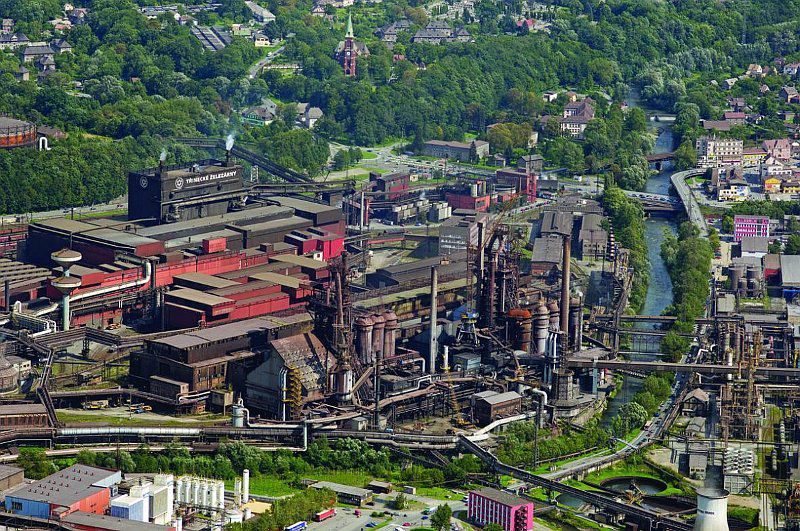 The first steps, or at least courtship, in a marriage between two of the biggest Czech steelmakers, Třinecké Železárny and ArcelorMittal Ostrava, appears to be on course.

Steelmaker Třinecké Železárny confirmed to the business daily E15 that it has asked for sale details about fellow Czech steel producer ArcelorMittal Ostrava.

ArcelorMittal Ostrava is expecting indicative offer for its assets by the end of the week, it added. Companies will then be selected who will be given more detailed information as the basis to submit binding bids.

ArcelorMittal Ostrava’s sale, alongside five other European plants which are part of the worldwide Arcelor Steel empire, has been ordered by the European Commission as part of its conditions for the takeover of Italian steelmaker ILVA.

The Commission has ordered the divestments in a bid to ensure steel production competition on the EU market and it will be looking closely at whether the new buyers can operate stand alone steel plants and have a strategy aimed at their long-term operation. Brussels’ competition authorities want the sales to be completed by the end of the year.

But while the production capacity is similar, the main target markets are different. Třinecké Železárny produces so-called seamless tubes amongst its wider range and has a leading European market position in that sector.

The idea of a marriage between the country’s biggest steelmaker, ArcelorMittal Ostrava, and the biggest domestic steelmaker in domestic hands, Třinecké Železárny, has been backed at the highest political level by Czech president Miloš Zeman.

The Czech government is closely following ArcelorMittal Ostrava’s sale with the main concern to ensure the continuity of steel making and allied activities employing more than 7,000 in a region of relatively high unemployment. The ArcelorMittal jobs offer wages which are significantly above the local average.

The government has hinted that it could step in itself with an offer if there is no other way of ensuring the continuity of ArcelorMittal Ostrava’s operations.