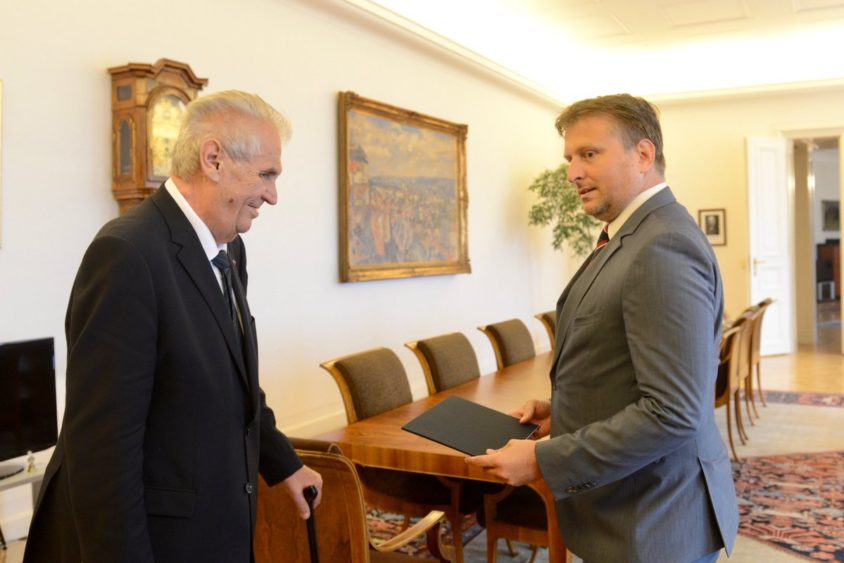 Knezinek, 39, is an expert in constitutional law and a deputy chairman of the Government Legislative Council.

Zeman entrusted him with heading the office.

Knezinek replaced Tatana Mala (ANO) who resigned over a plagiarism scandal on Monday after mere 13 days in office.

Three years ago, the cabinet of Bohuslav Sobotka (Social Democrats, CSSD) appointed Knezinek an “investigator” in charge of enquiring into suspected unlawful steps by ministers or other senior officials.

In this post, Knezinek dealt, for example, with the case of deputy finance minister Tomas Vyhnanek, who ordered a subordinate clerk in January 2016, when Babis was finance minister, to gather information from the Brussels-based European Anti-Fraud Office (OLAF) about its investigation of the suspected EU subsidy fraud involving Babis. Knezinek then decided that neither Vyhnanek nor Babis had violated law.

Mala (ANO) announced her resignation on Monday over the alleged plagiarism in her university theses.

Babis sent the resignation of Mala (ANO) to the Presidential Office along with the proposal for her successor today. He informed CSSD chairman and Deputy PM Jan Hamacek about his decision this morning before the government meeting.

Hamacek told reporters that he would not like to meddle in the nomination for the post to be filled by ANO.