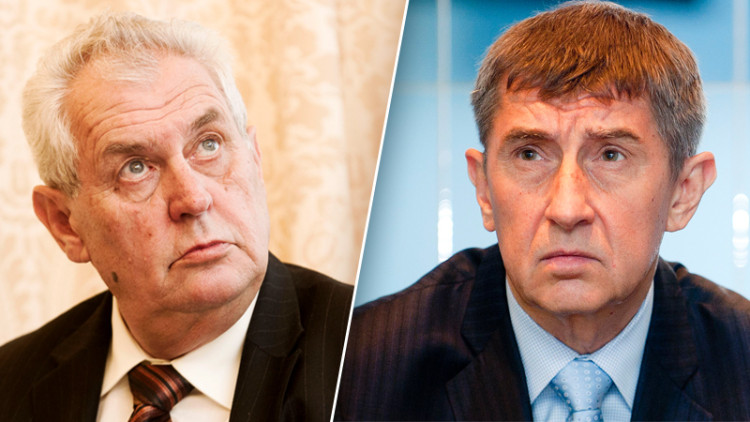 Merkel’s statement is absolutely unacceptable and only opens old wounds, Babis told reporters on a visit to Olomouc.

The Czech Foreign Ministry, on its part, said Merkel did not question the core of the Czech-German Declaration of 1997 by her statement.

“I think that such a statement is absolutely unacceptable and I reject it particularly at the time when we remember the atrocities after the assassination of (high-ranking Nazi officer Reinhard) Heydrich, Lidice and Lezaky (Czech villages obliterated by the Nazis) and the killing of our paratroopers. I have a feeling that there is some internal political fight in Germany underway and it is very unfortunate that the old wounds are being opened,” Babis said.

Merkel said at a Berlin meeting commemorating the expulsion victims earlier today that “the expulsion and flight of Germans were primarily the direct consequence of World War Two, which Germany started, and the undescribable crimes committed by the National Socialist dictatorship.”

“However, this changes nothing in the fact that there was neither moral nor political justification for the expulsion,” said Merkel, speaking about “bitter injustice” in this connection.

The Czech Foreign Ministry told CTK that Merkel’s statement “was part of her speech on the day in memory of flights and expulsions and it must be perceived in this context. This is no polemics with Germany’s neighbours, and in no way it questions the essence of the Czech-German Declaration, which is based on defining the historical causality and a bilateral rejection of raising legal claims that ensues from the complicated past,” the ministry said.

The opposition Pirates expressed a similar stance as the Foreign Ministry.

“The Czech-German Declaration was adopted in 1997 already. It admits that both parties may have different views of the past, but they do not want to burden their future relations with them. This is valid and we will observe this. Consequently, I do understand Merkel’s statement as a part of the internal German debate that is of no importance to us,” Pirate MP Mikulas Peksa wrote to CTK.

In contrast to him, Freedom and Direct Democracy (SPD) movement leader Tomio Okamura has called on the Czech government and the Foreign Ministry to submit an official protest and summon the German ambassador.

“In connection with this provocation, SPD MPs will demand that a special point be put on the lower house’s agenda with the aim to clearly condemn revanchism on the part of Chancellor Merkel,” Okamura wrote in a statement sent to CTK.

Civic Democratic Party (ODS) chairman Petr Fiala said the “pulling out of issues of the past and their one-sided interpretation definitely do not contribute to the development of mutual relations.”

Merkel said that 12 to 14 million Germans were expelled from Central and East Europe after WWII, and up to two million of them died during the deportations.

On the basis of the decrees issued by then Czechoslovak president President Edvard Benes, about three million ethnic Germans, most of whom sided with the Nazi regime, were transferred from then Czechoslovakia, mainly the border regions (Sudetenland), after the war and their property was confiscated.

In this connection, the Czech-German Declaration from 1997 speaks about expulsions and forced deportations.

“The Czech side regrets that, by the forcible expulsion and forced resettlement of Sudeten Germans from the former Czechoslovakia after the war as well as by the expropriation and deprivation of citizenship, much suffering and injustice was inflicted upon innocent people, also in view of the fact that guilt was attributed collectively,” one of the Declaration’s articles says.

According to the Czech-German commission of historians, 15,000 up to 30,000 Germans died during the wild phase of their transfer from Czechoslovakia.

In 1939-1945, when the Czech Lands were occupied by Nazi Germany and Slovakia was a fascist puppet state, up to 350,000 inhabitants of Czechoslovakia were killed, most of whom were Jews, whom the Nazis planned to completely exterminate.