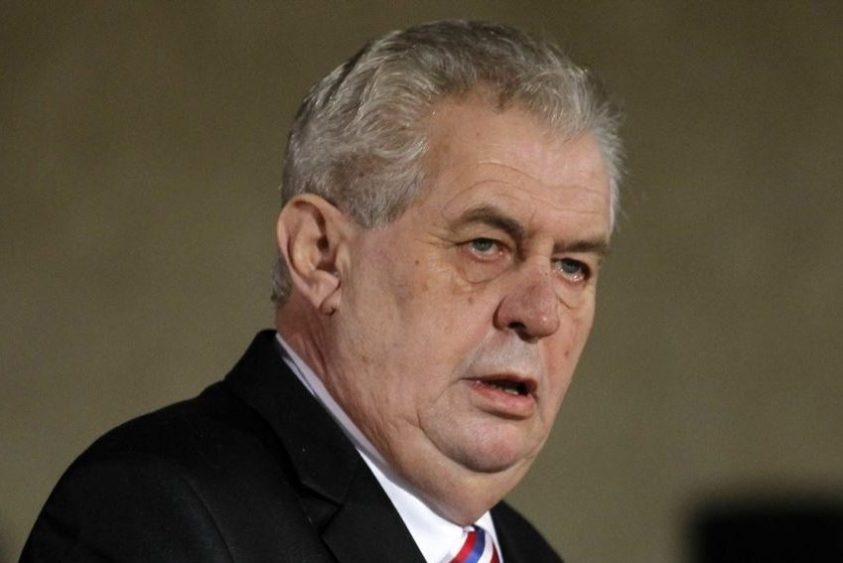 Zeman raised objections to the nomination of MEP Poche for foreign minister citing Poche’s support for the acceptance of migrants by Prague among the reasons.

“Mr Poche is an opponent to a national state, he supports the migrant quotas and he is attacking Israel and the U.S. president. Absolutely unacceptable!” Ovcacek summarised the reasons against Poche’s appointment as diplomacy head on Twitter, daily Lidove noviny (LN) wrote earlier this week.

Zeman wants to be meeting the proposed candidates for the ministers, who are not in the current government of Prime Minister Andrej Babis (ANO), as of Friday.

The Social Democrats have unveiled their candidates, while Babis has not done so.

The planned minority government of ANO and the Social Democrats is to be supported by the Communists (KSCM).

KSCM leader Vojtech Filip said Babis would wait for the result of the Friday meeting of Poche and Zeman.

Poche told CTK on Sunday he would prepare himself for the meeting with the head of state as if he were going there to introduce himself as a minister.

Zeman has made it clear he would ask Poche not to seek the post in the government.

The Social Democrats have refused to drop Poche’s candidature and Poche himself does not want to do so.

Poche’s nomination is also opposed by the Communists.