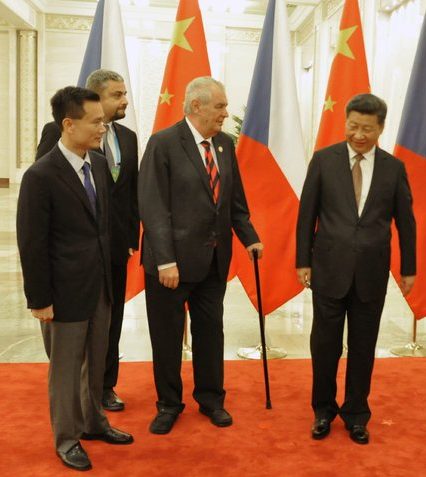 According to preliminary information, a Czech delegation will be led by President Milos Zeman, she said.

The bilateral meeting was held after a 16+1 summit (premiers of China and 16 Central and Eastern European (CEE) countries) in Sofia.

An agreement on strategic partnership was signed by the Czech Republic and China during a visit by Chinese President Xi Jinping to Prague in March 2016, with the aim to promote the two countries’ relations in all spheres.

Babis said that after he returns to Prague he would like to meet representatives of Czech companies, the Chamber of Commerce and the Confederation of Industry to find out what products they want to sell on the Chinese market.

Babis told CTK in Sofia that the Czech Republic could possibly host a 16+1 summit sometime in the future.

Babis said 16+1 was “a very important format for CEE-China meetings,” which was proved by Austria attending the summit as an observer.

Greece, for instance, would like to join this initiative, Babis said.

Better access to the Chinese market and fewer restrictions are two major factors for the Czech Republic, Babis said.

“Out trade balance is very negative as we import ten times more goods than we export,” he added.

China is the country’s second largest importer, however, it ranks 17th in terms of Czech exports, he stressed.

“And we’ll have to do something about it,” Babis said.

China is a “territory where politicians can help our companies and open up doors for them in the market,” he added.

Civilian aviation is a field with great potential in which Czech businesses might be successful, Babis said.

After the summit, the Czech Agriculture Ministry signed an agreement with the Chinese customs authority concerning rules for the export and import of food products. Czech companies are interested in the big Chinese market, and “let’s hope the agreement will help us succeed on the market,” Babis said.

He does not agree with critical remarks saying the 16+1 platform is undermining and splitting the European Union.

The 16+1 format is a Chinese initiative. The premiers of 16 CEE countries and China met for the first time in Warsaw on April 26, 2012 with the aim to enhance economic cooperation.

Apart from the Czech Republic, the initiative is made up of another ten EU members – Bulgaria, Croatia, Estonia, Hungary, Latvia, Lithuania, Poland, Romania, Slovakia and Slovenia, plus five non-EU states Albania, Bosnia, Macedonia, Montenegro and Serbia.

The next meeting will be held in Croatia in 2019, and the following one possibly in Lithuania, Babis said. “We may attempt to ensure that the other summit be held in Prague,” he added.