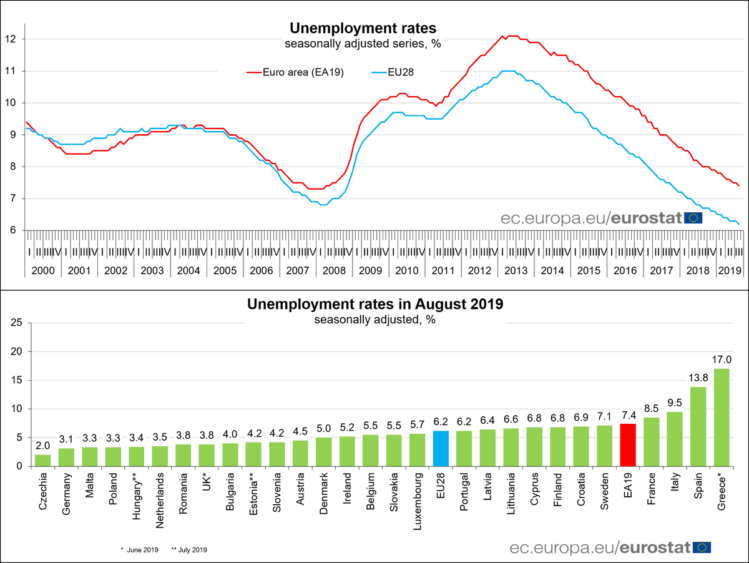 In July, 6.3% of people in the EU were out of work, a year ago it was four-tenths of a percentage point higher.

Unemployment fell in 24 EU member states year-on-year, most of all in southern European countries. It only grew in Sweden, Denmark, and Lithuania.