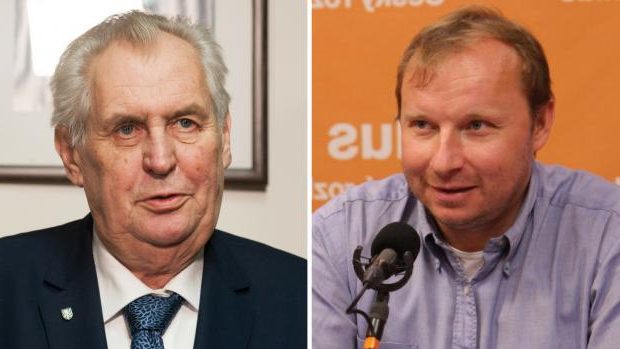 Poche did not comment on the meeting. Last week, he said he would go to the meeting with Zeman as if he were a new minister who goes to introduce himself to the president.

Ovcacek said Zeman acquainted Poche with his reservations about the latter’s nomination for minister as one of the CSSD’s five representatives in the 15-seat coalition cabinet.

Two of the reservations were the most important of all.

For these and also other reasons, the president recommended that Miroslav Poche should not seek the post of foreign minister and thereby enable the birth of a stable government enjoying the confidence of the Chamber of Deputies, Ovcacek said.

Later today, Zeman is receiving CSSD chairman Jan Hamacek, who is to be interior minister in the new cabinet.

Zeman previously criticised Poche for challenging Prague’s rejection of migrant quotas and its pro-Israeli policy, and said he would not appoint him foreign minister.

The Communist party (KSCM), which is expected to keep the minority ANO-CSSD government afloat, has also sharply criticised Poche.

KSCM leader Vojtech Filip criticised him for having voted along with another 11 Czech MEPs for a resolution in which the European Parliament called on EU members to observe the redistribution quotas for migrants in May 2017.

In fact, Poche voted against the resolution.

Now Filip highlights the case from 2010, when Poche was forced to give up his posts in the party due to the hidden financing of the CSSD. He sent money to the party via several members who recorded the donation of several thousand crowns as membership fees. He argued that he wanted the party to avoid paying tax on the money.