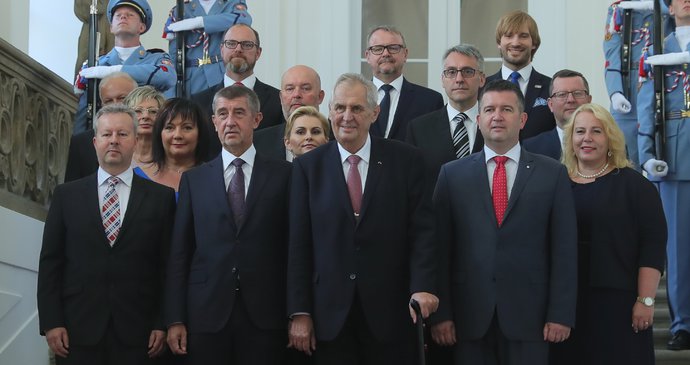 Zeman will leave for Brussels on Wednesday, July 11, when the new coalition government of ANO and the CSSD is to ask the Chamber of Deputies for confidence, while Babis and Hamacek plan to attend the summit talks on Thursday.

The summit of the NATO countries’ heads of state and government will deal with current security challenges, including relations with Russia, the sharing of defence spending, military upgrading and a reform of the NATO command structure. The delegates will also debate the aid to NATO partners to build defence capacities for the fight with terrorism.

U.S. President Donald Trump, who has repeatedly criticised the NATO member states for underfunding their militaries, plans to tell the fellow NATO countries at the summit that the United States cannot be “the world’s piggy bank,” White House spokesman Hogan Gidley said.

The summit is also to decide on starting a new NATO training mission in Iraq and pledge to continue supporting Afghanistan even after 2021. Talks with Georgia and Ukraine on cooperation in the Black Sea area are to be on the agenda, too.

Besides, the summit is to confirm further strengthening of cooperation between NATO and the EU. A meeting of ministers to debate the defeat of Islamic State is to be held on the verge of the summit, the Foreign Ministry said.

The summit will open with the flight of a ceremonial squadron, including Czech helicopters, two Mi-24/35 combat ones and one Mi-171 transport helicopter.

Presidential Office foreign section head Rudolf Jindrak tweeted that the participation of Czech helicopters would express the appreciation of the Czech Republic for its air policing and training of helicopter pilots in Afghanistan.